When it comes to embroidery machines, there are only a few brands that are as respected and revered as Brother.

While the brand has also gone into the production of printers, fax machines, scanners, and multi-function centers, among others, Brother will remain best known for its sewing and embroidery machines.

In fact, the company was started by sewing fanatics more than a century ago.

The company traces its roots to Yasui Sewing Machine Co. which was established in Nagoya, Japan in 1908.

In 1954, Brother International Corporation was established in the United States marking the launch of the company’s first overseas sales affiliate.

In 2010, the sewing divisions of the company in Europe were merged into one large conglomerate named “Brother Sewing Machines Europe” making it the fourth biggest firm under the Brother Industries umbrella or organizations.

As you will find in this article, Brother has remained a force to reckon with in the field of sewing and embroidery machine production what with its topnotch products that have advanced features and reasonable prices.

Brother Embroidery machines are known to be superior in quality.

It has a variety of machines that suit all skill levels.

The brand is also known for its state-of-the-art accessories and embroidery software.

Most Brother Machine embroidery usually has an internal memory that lets users save their favorite settings for a more enjoyable sewing experience.

Most models also have a USB port that allows users to use designs they have downloaded from the Internet.

These machines also come with a 25-year limited warranty.

These two models are entry-level machines with budget-friendly price tags.

In fact, the machines virtually mirror each other in terms of features.

The most glaring difference is the price tag; with the SE400 and the LB6800PRW around please check with Amazon.

Aside from the price difference, the LB6800PRW features a rolling tote bag that makes the machine easier to move around.

As mentioned earlier, both machines almost have the same set of features.

The SE400 and Brother LB6800PRW are equipped with 67 sewing stitches, with a back-lit touch screen LCD display for accessing all stitches and designs.

Both machines have 70 built-in embroidery designs and five lettering fonts.

The embroidery area of both Brother machines measures 4 inches by 4 inches.

Getting started on this machine should be a breeze with its intuitive LCD screen display, quick start guide, and built-in tutorials.

The PE770 and Brother PE-525 are both entry-level embroidery machines.

These models are great for novice embroidery enthusiasts as well as those who are just looking to make small projects.

The PE-770 is a sub-machine that is worth every penny.

It has enough space for monogramming large items, with its 5 inch by 7 inch embroidery area.

It is easy to see even complex designs thanks to the back-lit display of the machine, which has a library of six letter fonts and 136 designs.

The PE-770 has USB connectivity and built-in memory for storing custom designs.

It also has an embroidery card slot.

Users can import designs they downloaded from the Internet on this machine.

While the PE-770 is a very practical choice, it does have its weaknesses.

Some of the common issues that users have with this product are the few editing options on the machine, and black-and-white display.

On the other hand, the PE-525 has a smaller embroidery area of 4 inches by 4 inches.

It has five font styles for lettering and monogramming.

Like the PE-770, it has computer connectivity meaning users can download unlimited number of designs from the Internet.

The PE-525 has a back-lit LCD touchscreen where all the controls are placed, such as design selection, editing, and help tutorials.

The entire workspace is lit by an LED bulb, with a drop-in bobber that further makes the machine user-friendly.

Important note: it seems the Brother PE-525 had been discontinued and replaced by the Brother PE540D 4×4 Embroidery Machine which has similar info.

These are two models that are of different price levels.

The Brother Designio Series DZ820E is a sub-model that works best for intermediate users and professional designers.

Like the PE-770, it has a big 5 inch by 7 inch embroidery area where users can embellish any article.

What makes the DZ820E great for professional designers is the fact that users can choose from more than 5000 embroidery designs from iBroidery.com.

There are also 200 more designs incorporated in a CD that is included in the product package.

The Brother PE500, meanwhile, is a cheaper product with its price in the range of affordability by anyone.

Its embroidery area is limited to a size of 4 inches by 40 inches, and its built-in embroidery designs number to 70.

It has 120 frame patterns with five font styles.

While it’s not as feature-packed as the DZ820E, it has its good qualities too.

It has tutorials that can guide novice users, and it is user-friendly, too.

Still, intermediate and advanced users may find its embroidery area too small.

The fact that it can only store up to 12 downloaded designs can also be considered a drawback, as users will have to delete some to accommodate or load new ones.

Brother machines for embroidery are really packed with features that can make embroidery fun, easy, and enjoyable for novice and advanced hobbyists alike.

Brother embroidery machines are available in different prices, so there’s a machine that should suit your budget.

The Brother Designio Series had also highly evolved into those which are here advertised.

Moreover, Brother Machines come with a 25-year warranty which practically means you can get the peace of mind knowing you’ll be able to make good use of the unit for a long, long time. 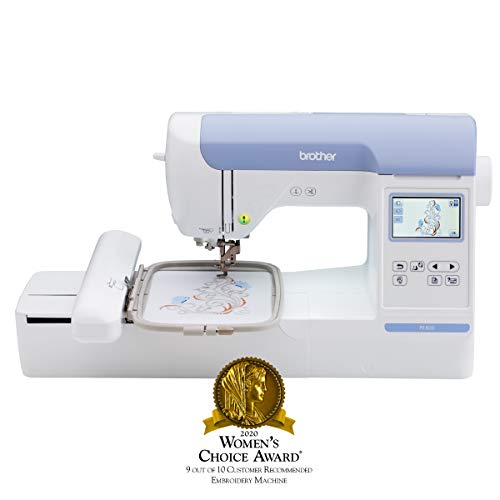 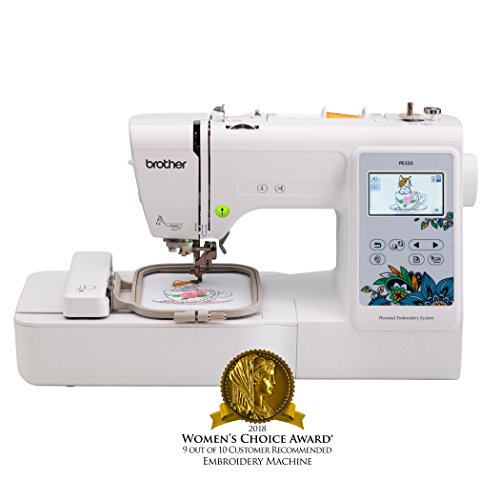 ↑
We Use Cookies to Ensure The Best Experience. Since You Use The Site We Assume You Agree With It.OK, Thank You.